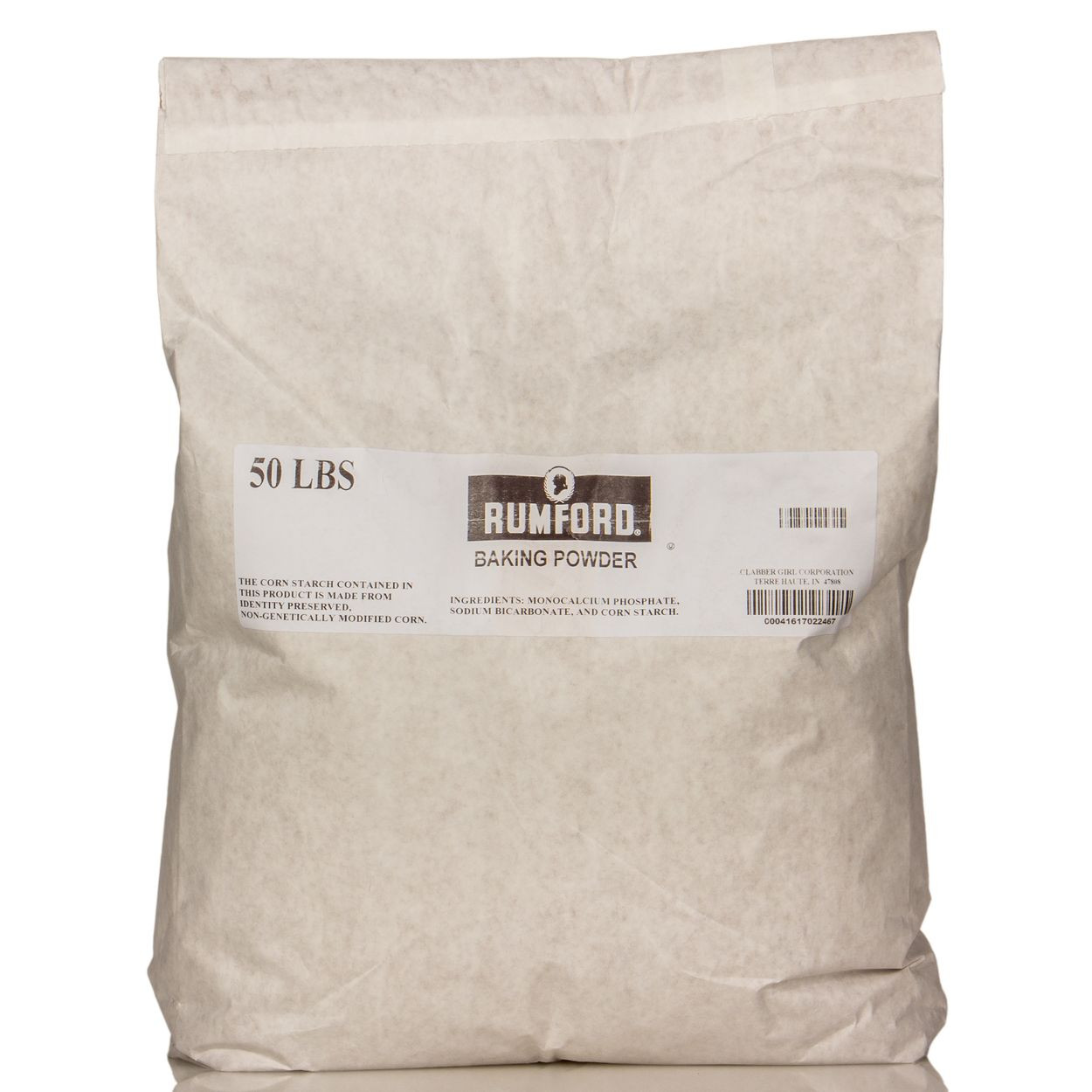 Rumford baking powder has the same carbon dioxide gas release as the majority of double-acting bakery institution type baking powders. Use the typical amounts used in the various types of baked products.

Leavening carbon dioxide is released by the reaction of sodium bicarbonate with monocalcium phosphate in the presence of moisture. About 60% is released at batter temperature, and the rest is released in the oven.