Handcrafted in Hailey, Idaho by Roman Chavez. Hangar Bread offers artisanal baked breads in a variety of flavors. Utilizing a sourdough technique and ancient grains, Roman excels in offering top quality loaves for all to enjoy.

Chavez’s love affair with artisan bread started during a vacation he and his wife Rachel Schochet took to Europe. He fell in love with French bread during that trip but was unable to find anything that approximated the bread when he returned home to Los Angeles.

So, he decided to learn to make his own by going to school at the San Francisco Bakery Institute."The minute I pulled my first loaf of bread out of the oven, I knew what I wanted to do with the rest of my life,” he said.As soon as he returned to his job working for a jet fuel broker at Long Beach Airport, he ordered a commercial oven. Since he had no commercial storefront, the manufacturers dropped the oven off at the Federal Express hangar.Chavez's fellow employees fell in love with his early experiments and soon he had 200 airport employees and Federal Express pilots clamoring to buy bread and pizza dough from him. When he found a commercial space, they begged him to stay: Why would you move when you can have this spot for free?Chavez moved his bread making operations to Hailey three years ago when he and Rachel moved to the Wood River Valley to be close to Rachel's mother Ellen Schochet.  He baked bread out of a studio attached to the garage of his Northridge home for NourishMe and the Wood River Farmers’ Market and then seized the opportunity to expand his operations at his new storefront.Chavez's breads take two days from start to finish. Trina Benson, his business partner, gets it started whipping a batch of flour boasting wheat grown outside the new Hillside Grain mill south of Bellevue with water and Chavez's sourdough starter. Stretched, folded and kneaded, the mix is stuffed into bread proofing baskets four hours after its genesis and the baskets are put in the refrigerator where they will stay 18 to 20 hours as the bacteria feeds on the flour mixture.

It's the whole process from walking through fields at Hillside Farm to handling the stalks of wheat, harvesting and crushing them, mixing the flour with sourdough, baking it and having someone eat it that delights Chavez.

“And then the cycle starts anew,” he said. “Full cycle from the grain to the mill to the oven to the stomach." 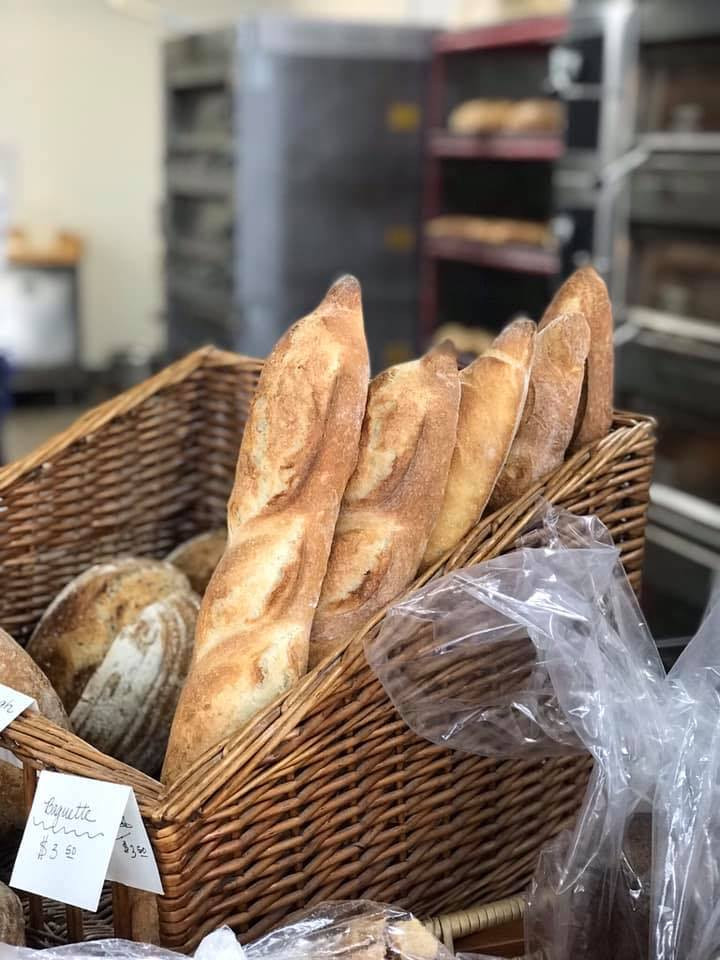