The culinary scene of Ketchum has become dominated by what locals often jokingly refer to as the “Mason mafia”. The Mason family—comprised of dad Scott, mom Anne, daughter Lyndsey, daughter Adelaide and Adelaide’s husband Nick and two children—have created a lasting restaurant legacy in town through their three restaurants, the Ketchum Grill, Enoteca, and Town Square Tavern. The food scene of Ketchum would truly be a different landscape without the Masons and as their family continues to grow, so too does the family business. Scott and Anne arrived in Ketchum in 1988 in a Volkswagen van with a desire for a change of pace. After working in San Francisco together at various restaurants, the two decided they wanted to raise the child they were expecting in a smaller town. “Anne and I both wanted a small town and a family-feel; big cities just don’t have that sense of community like you do here,” explains Scott. After seeing an ad in the San Francisco Chronicle about needing a chef in Ketchum, the couple made the decision to move here. Scott grew up in Eugene, Oregon but would come to Ketchum to ski while growing up. His brother was also living in Ketchum at the time, making the decision to move an easy one. Scott became the chef at Freddy’s Taverne D’Alsace in the historic house that would become Ketchum Grill. In 1991, Scott and Anne purchased the business and started the first of their restaurants. At just 30-years-old at the time, neither Scott nor Anne ever expected they would open more than one restaurant, let alone three in their adopted small town. “It wasn’t until about 15 years after owning the Grill that we realized that there might be room for another place in town,” explains Scott.


In 2012 the family opened Enoteca, an Italian restaurant and wine bar that 32-year-old Adelaide has managed and mostly assumed ownership of over the years. Town Square Tavern was born in the summer of 2015. 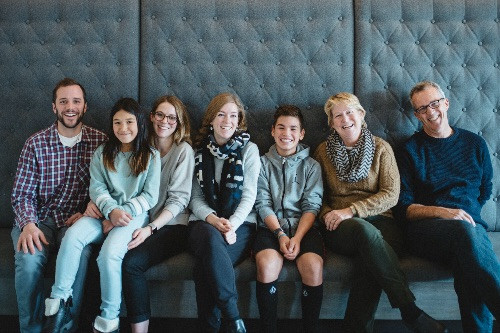